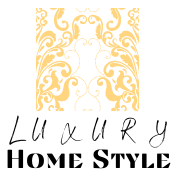 When we bought our rural property in 2000, the water system needed some serious help. The previous owners had purchased a Culligan water conditioner that did not use salt, but used a dosing pump which injected a bleach solution into the water when the well pump was running. The well water had lots of iron and a horrible sulfur smell. It was nasty! The iron in the water was oxidized by the bleach and fell out of suspension where it was filtered out. At least that was the theory. Not only did we find this pump had an ongoing problem with leaks (bleach has a nasty habit of eating rubber seals), but the tank needed to be regularly refilled with many gallons of grocery store bleach, then mixed with water. This was a dumb, high maintenance system… and whether it worked or not, my wife and I REALLY did not like the idea of having that nasty tasting chlorine in our water. I don’t know which was worse, the chlorine taste or the rotten egg smell. Blah!

The original water system consisted of a well pump and a 60 gallon “bladder” pressure tank to maintain the house water pressure. The house water pressure was never great, and with this system, the well pump had to come on when the bladder tank dropped to around 35 PSI. Well pumps are wonderful for bringing water up from the ground, but that’s about it. This system called on the well pump to not only pump water up 350′ from the ground, but also to pressurize the bladder tank as well. That put an enormous strain on the pump and took a lot of electricity to do so. This system needed help, badly.

We looked at the problem and decided to overhaul the entire water system. The first thing we did was to install a 2500 gallon above-ground water storage tank. Once the tank was full, the well pump turned off… and stayed off until the tank level dropped considerably. By themselves, well pumps are very expensive… never mind the labor to install one. Well pumps are quite happy when they are running, but really do not like on-off cycling. The very best way to make these guys last is to minimize the load on them (the “head” pressure) and have them run until the tank is full. Pumping water into a storage tank under very low pressure is MUCH better than trying to use a pump to build up a 35-50 PSI dozens of times a day to charge a pressure tank.

As a side note, our well is not a great producer. The well pump will run from sixty to ninety minutes (depending on how much water is in the 300 foot well) until all the water is pumped out. When all the water has been pumped out, the well pump spins fast and draws more power. Our no load pump sensor sees the increased load of the pump and shuts the pump down for ninety minutes. This hour and a half off period allows the well to “recharge” with water. At the end of the ninety minutes, if the water storage tank is not full, the controller will turn the pump back on to continue the filling.

How long the pumps last depends on a lot of things, but they should last 7-10 years. Our last pump survived as many as 13 years (the date of manufacture was stamped on the pump). The system was not used much by the former owners, so we believe that is what made it last as long as it did. Because of the way we set up our current system, we hope to get 15-20 years out of this current pump… even with our growing population. To boost our water storage capacity, and further save the pump, we added a second storage tank for a total of 5000 gallons. We replaced the pressure tank with a new unit (the old one was leaking internally) and added a separate booster pump motor to maintain pressure in the system. After we pulled the old pressure tank, my son Jacob snatched it from the scrap metal pile and went to work turning it into a deer feeder. Way to go, Jacob!